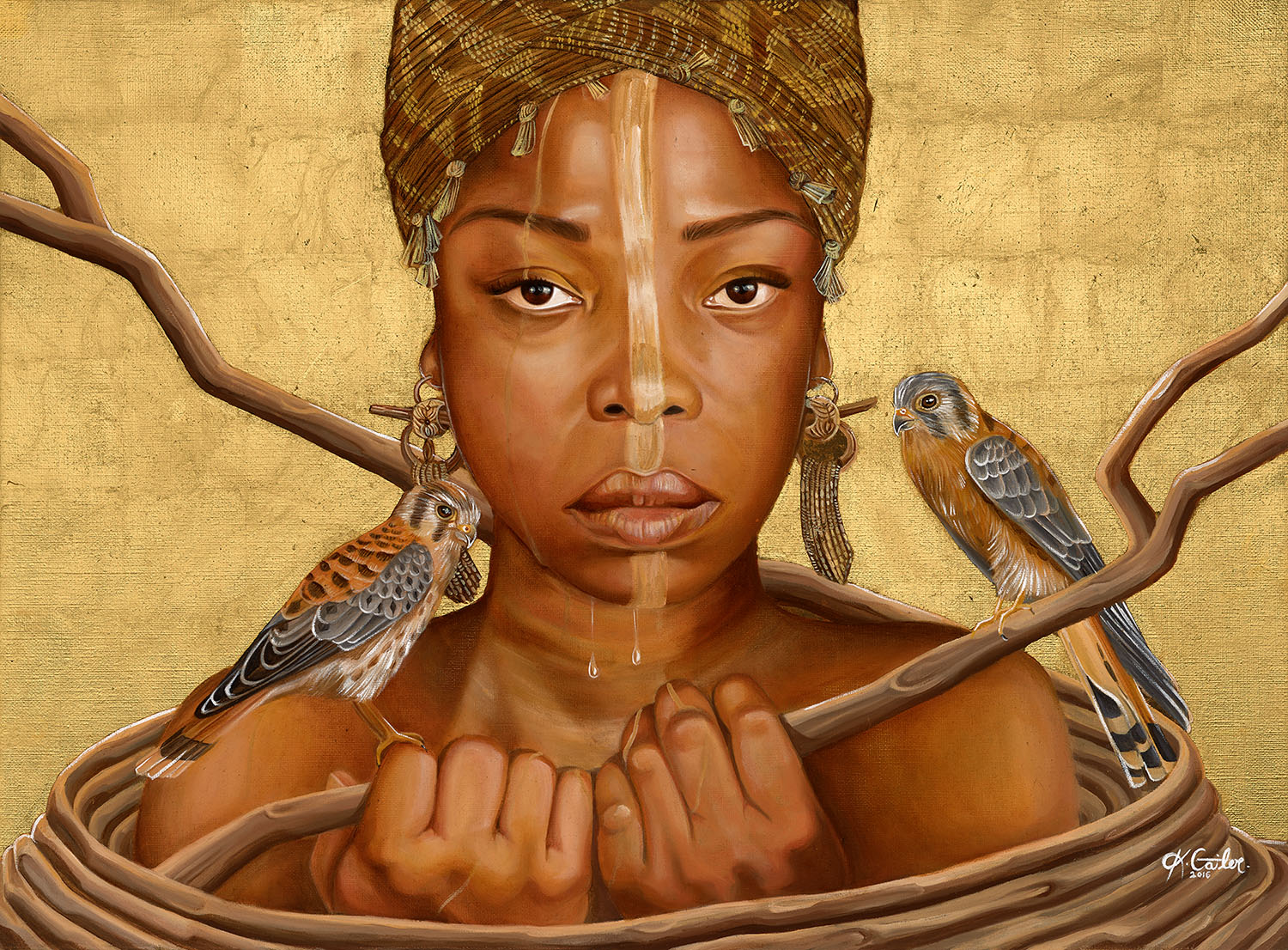 Nesting, change, the power of the feminine; A treasure, the driving force of creation are some of the concepts behind
‘Treasure Of Bachué’: an exhibition of new paintings exploring the feminine underworld by Colombian artist Katherine Gailer.

Inspired by mythical tales from South America, the artist unfolds a narrative in which the strengths, dreams and fragility of the Land of Bachué are revealed. Bachué is a goddess, who according to the Muiscas (Indigenous people from the Andean highlands) is the mother of humanity, a source of life and her treasure remains hidden in sacred mountains and beneath the feminine underworld.

Most of the pieces presented in this exhibition portray women and natural forms going through an experience of transformation, representing the different aspects of a land that is woven, where the tropical rain forests are embodied and diversity springs out of the nests of golden women. Gailer’s compositions call upon the wild woman, her connection to the land and honour the empowerment of a new contemporary female identity.

This exhibition is proudly supported by Melbourne-based non-profit The Global Women’s Project. 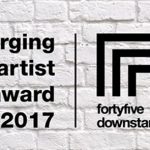